HBO’s “Succession” is one of my favorite shows going, and easily one of the best things on TV. It’s not even a debate.

The subplot of a recent episode, in which one of the less scuzzy supporting characters (Greg) secretly tapes his conversation with far sleazier boss (Tom) in order to have evidence of Tom ordering him to destroy, well, evidence, provided a fine excuse to cover the question:

Is it illegal to secretly tape record your live conversation with someone?

Arizona is a “One-Party” State

No, I am not talking politically.  When it comes to recording a conversation you’re having, Arizona is what is known as a “one-party” or “single-party” consent state.

An “intercept” includes “acquisition of the contents of any wire, electronic or oral communication through the use of any electronic, mechanical or other device” (A.R.S. §13-3001(7)).

I want to stress that this article describes Arizona law and the recording of live conversations only.  Read and understand the laws of your own state before undertaking any recording–or attempting to record a conversation involving a party that originates from someplace other than Arizona.  In such a case, it’s best to be conservative and stick to the law of the most restrictive state involved or just get the consent of all participants.

But…hold the phone (and the voice recording app on it)

However, while A.R.S. §13-3005(A)(2) refers to “conversation or discussion”, the title of the statute itself refers to “oral communications”, which are defined in A.R.S. $13-3001 as a “spoken communication that is uttered by a person who exhibits an expectation that the communication is not subject to interception under circumstances justifying the expectation […]”

This is where things might get a bit tricky if you’re hoping to tape your felonious boss like Cousin Greg tried to. The circumstances may matter.

If you’re trying to secretly record an in-person conversation with someone under circumstances where there is no reasonable expectation of privacy, such as on a sidewalk or at a park, then you probably fall under the statute and can record away without too much worry.

But what about in your boss’ office (with the doors closed) or over cocktails in his living room? This would be a lot more fact-intensive and less cut and dried. Get their consent, and you’re good.  However, this may not be the most practical idea if you’re trying to get the other person to be candid…or keep your job.

Keep in mind that violation of Arizona’s wiretapping statute is a Class 5 felony potentially punishable for anywhere between six months to two and a half years, so it is definitely something you want to understand and consider carefully before hitting the record button on your smartphone.

In addition to the criminal penalties, recording a conversation in violation of A.R.S. §13-3005 can also leave you open to a lawsuit by the other party for civil damages under A.R.S. §12-731. 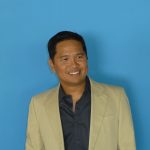 Ben Bhandhusavee is the Managing Attorney for BHANDLAW, PLLC, a Phoenix business and technology law firm working with start-up companies, creative intellectual property, Internet and digital media matters, and complex corporate M&A and technology transactions.  Ben can be reached at (602) 222-5542 or by e-mail at bbhand@bhandlaw.com